ABOUT US – as Personal Certification Body.

CTTC is also one of the accredited bodies under the National Assessing bodies of Ministry of Skill Development & Entrepreneurship, Govt. of India, ISO 9001:2015 certified, following  ISO 17024 norms for Certification of Personnel providing Traditional Community Healthcare, under the Quality Council of India scheme, certification of “Traditional Community Healthcare Providers” in line with requirements of VCSTCHP.

The TCHPs across India use more than 6500 species of medicinal plants, around 300 species of animals and also dozens of metals and minerals. They are the repositories of centuries of wisdom and evolving knowledge of health practices, transmitted through an incredibly effective system of oral transmission inherited through family lineage, acquired under the Guru Shishya Parampara or through observation and experience by way of assisting the already knowledgeable practitioners. Thus, the TCHPs are the repository of diverse, ecosystem and ethnic community specific knowledge, skill and experience. It would indeed be a civilizational loss to lose this rich knowledge heritage of the rural communities of India.

It was with this realization, prior to the launch of the national scheme, a pilot project was conceived, formulated and implemented during the years 2010 – 2012 by the Indira Gandhi National Open University (IGNOU)with support from the Quality Council of India (QCI), the project was mentored and funded by the then Department of AYUSH, Government of India. QCI provided expertise in designing and operating a competent third party evaluation and accreditation system. The objective was to create a uniform and standardized framework, perhaps for the first time in the world, for Voluntary Certification of the TCHPs, who manage various streams of health services based on their traditional knowledge, experience and expertise.

The framework for certification was designed broadly following the International norms as per ISO 17024 for Personnel Certification and the framework for the Third Party Certification was established after a series of deliberations with the various stakeholders. This resulted in establishing the criteria and process for the dissemination of information to the TCHPs about the process of Voluntary Certification. Dozens of applications from TCHPs duly endorsed by the Gram Panchayat / Village Council, were received and screening of the applications was done based on the stipulated criteria for their evaluation and certification as agreed during consultations with senior and experienced representatives of TCHPs.

During pilot testing phase, rapid baseline village survey was conducted in the selected district of each of the eight states for project implementation viz Dang district in Gujarat, Udaipur district in Rajasthan, Korba district in Chhattisgarh, Mayurbhanj district in Odisha, Vellore district in Tamil Nadu, Shimoga district in Karnataka, East Siang district in Arunachal Pradesh and West Khasi Hills in Meghalaya. The rapid baseline village survey data analysis helped in selection of most common streams of traditional health practices and the development of their Minimum Standard of Competence (MSC). MSCs were developed for Jaundice, Common Ailments, Poisonous Bites, Bone Setting, Arthritis and Traditional Birth Attendants. Once the mother document for the MSCs developed, it was translated into region specific vernacular language for ease of local understanding and information dissemination.

The successful implementation of the pilot project received not only great appreciation but requests for the use of such uniform and standard framework which was created for the Voluntary Certification of the TCHPs poured in from various beneficiaries and stakeholders all over the country. In parallel, QCI had also created a framework for accreditation of training providers recognizing that even though the certification is based on prior knowledge of traditional health care practices, the TCHPs may also need some training in respect of emerging, contemporary issues of public health in order to prepare them for certification. In 2016, based on positive feedback from the pilot project and considering the needs of the society in far flung unreached rural population of the country, QCI took the decision to commit itself to operate Voluntary Certification Scheme for TCHPs based on Third Party Certification Process for the competency of the TCHP.

Since a very sound, well tested framework / template supported by solid groundwork was already created during the pilot project for the Voluntary Certification of TCHP using ISO 17024 for Personnel Certification, the same broad framework is used, with further incorporation of appropriate processes and committees keeping in mind, region and healthcare service stream specific in situ local nuances of the TCHP tradition. As per the international best practice, QCI has established the Steering, Technical and Assessment Committees. The organizations working in the field of traditional health care practices across the country were contacted and an overwhelming response was received. These organizations were invited to explain to them the process of certification as per ISO 17024 norms.

A BRIEF DESCRIPTION OF THE SCHEME

The Quality Council of India (QCI), New Delhi, launched probably its most offbeat work, a Voluntary Certification Scheme for Traditional Community Health Practitioners (TCHPs), commonly called folk healers or gram vaidyas, who have treated illnesses for centuries based on tradition of local health practices but have not been recognized in our healthcare delivery system.

It was with this objective that QCI launched what is its most offbeat work and a pioneering initiative worldwide, the Voluntary Certification Scheme for Traditional Community Healthcare Providers (VCSTCHP) in March 2017 at Thiruvananthapuram, Kerala with the simultaneous flagging off of the Lok Swasthya Parampara Yatra from Kanyakumari, Tamilnadu for bringing about widespread awareness amongst the TCHPs, their associations and various stakeholders, both governmental and non-governmental. Thus the Scheme is aimed at recognising the knowledge and skills of thousands of folk healers (as they are generally known) to get empowered for providing quality service to the citizens of the country, more so the remote rural and tribal population.

Quality Council of India has launched the National Scheme for the Voluntary Certification of Traditional Community Healthcare Providers (TCHPs) and not for Traditional Medical Practitioners.  The expression TCHPs has been chosen after much deliberation in line with the National Health Policy. The scheme certifies healers who are using local knowledge of herbs and treating 6 specific aliments mentioned in the scheme.

As you can see, it is a voluntary certification scheme and has a rigorous process for evaluation and certification e.g. the five page application form has a section free prior informed consent where in it reads “the Certificate would not allow you for the claim of any sort of registration as a medical practitioner or inclusion in the main stream medical system”. Similarly after the certificate awarded after the evaluation of the Skills and knowledge of the  Traditional Community Health care provider (TCHP) the certificate also is inscribed with the validity period, the specific streams of practice he/she is evaluated and certified etc.

Under the scheme only 5 streams of Health care practices are being evaluated and certified at present, viz Common Aliment, Jaundice, Traditional Bone Setting, Poisonous Bites and Arthritis by CTTC. 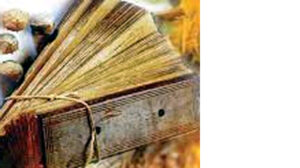 To test the skills and knowledge of the TCHP on all aspects relevant to the stream.

Accuracy of responses to formal questions importantly to define the terms, tools, methods, professionalism or protocols used in the stream of practice.

Completeness of a case assessment handled by the TCHP, accuracy of the case finding and appropriateness of the treatment methods. 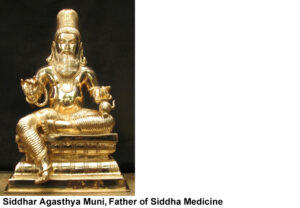 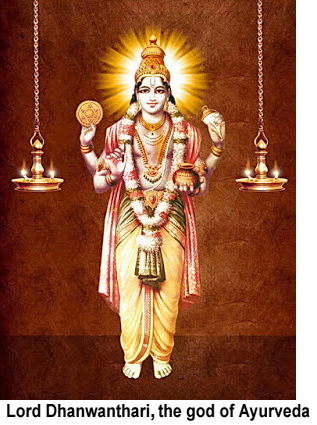 The candidate should obtain at least 70% to be awarded Certificate

PrCB shall cancel the certificate when;

DD in Favour of –

Send Applications and DDs to –